Where Saint Louis Ranks on Quality of Life Indicators

Saint Louis Region Named One of the Most Underrated Destinations of the World, Los Angeles Times, 2009

Saint Louis Region’s Crime Ranking (103) is Among the Lowest in the Nation for Large Metropolitan Areas, 2009

Saint Louis is one of the “100 Cities of the World”, Falco Brenner, published by Parragon

1st – US Cities with the Cheapest Cost of Living (Kiplinger.com, 2011

1st – Saint Louis boasts more museums and libraries per capita than any city in the top 10 and it beats New York and Washington D.C., by a factor of 25! (Kiplinger.com, 2011)

1st – Missouri ranked as the Best State in the Country for manufacturing and Logistics (Ball State University’s Bureau of Business Research, 2011)

1st – Lowest Cost of Living in the United States, US Department of Commerce Bureau of Economic Analysis (BEA), 2009 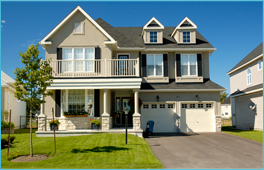